Cryptocurrencies are digital currencies that use blockchain technology to ensure that transactions are secure reliable and in many cases transparent. This is a radical departure from traditional banking, which is based on trust between individuals and institutions. Cryptocurrencies take this concept to the next level by being decentralized, meaning that there is no single entity in control of their use or distribution.

Cryptocurrency Is Not Money!

Cryptocurrencies are not consider Money because money can be exchang for goods and services while crypto is more often use as a store for value than as a means of buying things. However, the way cryptocurrencies are view isn’t one that is agree upon by the whole Muslim community so we would need to critically think and refer to the scholars about what it is that we should consider crypto to be i.e. a true currency, a digital asset, or none of those.

Cryptocurrencies are said to be the future of money and investing. They offer the same benefits as traditional currencies, but with a few key differences. They are also exchangeable with other crypto traders. So the future seems bright.

Besides so many questions about its working and the future, one may be doubtful about the halaal aspect of cryptocurrencies.

Are some Halaal and rest Haraam?

What Cryptocurrencies are Halal or Haram

In general, there are 3 main reasons that are argued as to why some people think cryptocurrencies might be haram. These are

– The way it is used differs from the way money is used.

– Governments and financial institutions do not regulate it.

In this article, we will take a look at some cryptocurrencies on the market today that have argued to be Halal. However, this article is in no way religious advice, which is something that should be sought from the Quran, Sunnah, and those who know better.

Bitcoin Cash is a cryptocurrency that was formed in 2017 as a result of a hard fork in Bitcoin. The key differences between Bitcoin and Bitcoin Cash are mainly that bitcoin transactions move slower because of stricter rules around validation, and their fees are higher while Bitcoin Cash transactions on the other hand are faster and cost less, however, they are more vulnerable.

Litecoin (LTC) is a decentralized peer-to-peer Cryptocurrency and open-source software project released under the MIT/X11 license. It was inspired by Bitcoin and was among the earliest altcoins. The differences it has with its inspiration are mainly that it has lower transaction fees, faster transaction confirmations, and faster mining difficulty retargeting

Ethereum is a decentralized, open-source blockchain with smart contract functionality. Ether (ETH) is the native cryptocurrency of the platform. Among cryptocurrencies, ether is second only to bitcoin in market capitalization

Monero (XMR) is a decentralized Cryptocurrency that uses a public distributed ledger with privacy-enhancing technologies. These technologies make transactions obscure to achieve anonymity and fungibility. People cannot generally decipher much looking at the ledger.

Ripple is an RTGS system, a currency exchange, and a remittance network created by Ripple Labs Inc., a US-based technology company. It supports fiat currency, cryptocurrency, commodities, or other units of value. The ledger it uses makes use of the native cryptocurrency known as XRP.

As we discussed in the article, the debate on what cryptocurrencies are haram and what are halal if any is still a debate among scholars. This article is in no way or form to be take as religious advice, for which it is always better to consult with the scholars. The list of top 5 cryptocurrencies that are argue to be Halal as shown in this article has been scrap from sources like crypto ummah and Halal Cryptocurrency Management.

How To Create A Cryptocurrency Wallet App 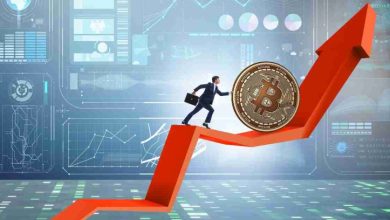