Video game firms are planning to include NFTs into their games because they have recognized the enormous potential and value that NFTs have for the industry. Because they have previously been successful in a small market, NFTs are expected to become quite popular in games.

As a result of which various new NFT game development company have emerged in the market. Additionally, it is assumed that the non-fungible token will expand the mechanics found in current games and foster interactivity among them.

The gaming sector economy already places more emphasis on blockchain technology. Those that have previously incorporated NFT in their video games have recognized the opportunity they provide and are taking advantage of it because the gaming market has high competitiveness, quick iteration, significant benefits, and minimal risk.

Players can purchase and sell items to other players using NFT within the same application. In practically all of the top-grossing games, enhancing these dynamics will increase income due to the scale of the custom design, cosmetics, and collectibles markets currently present across all titles and platforms.

What advantages and disadvantages do NFT games have over other kinds of video games?

NFT confirms an item’s uniqueness by serving as a unit of data assigned to a digital file. Additionally, it uses blockchain technology—the same technology at the heart of cryptocurrencies—to prove its ownership.

A non-fungible token, in short, denotes a category of digital assets that have been confirmed as unique and verifiable through the blockchain ledger. Blockchain technology has allowed for the conversion of digital information into digital assets for some time now, but the video game industry has only recently begun to take notice of its many benefits.

The purchase of a character or an item to begin the game is necessary in some modern NFT video games. For instance, in Axie Infinity, the current market leader for NFT games, users must pay up to $ 1000 to own a playable character that is represented by NFT.

When compared to conventional video games, this can seem like a good deal, but NFT games are play-to-earn. Players can always withdraw their staked assets and get their money back. Additionally, the NFT they initially purchased may gain value and be sold for a higher price.

●     Possibility of making money with NFT

One benefit that video games provide to players is NFT monetization. Video game designers give video games a monetary value by incorporating NFT into them.

Video game characters, armor, and other equipment can be purchased by players and sold to other players. Players can receive bitcoins in return for participating in a blockchain-based game in this way, which has the potential to become a reliable source of revenue.

●     Create rules that are just and clear

The gaming sector gains from NFTs as well since they provide a great opportunity to develop transparent, fair rules, which players really value.

Video game firms must constantly innovate and always add something new to their games in order to draw in new players, retain existing ones, and set themselves apart from the competitors.

NFTs are probably going to stay on the market and establish themselves as standards in the video game industry since gaming firms need to innovate.

Unquestionably, the gameplay dynamics that non-fungible tokens may produce in video games are currently some of the most lucrative in the business. As a result, it is anticipated that this will have a significant impact on the adoption of blockchain and NFT in video games as a whole.

All network effects are conceivable if two games use the same blockchain and can easily connect with one another. Given that players expect a degree of centralization from gaming firms, which turns a typical weakness into an advantage here, the entire interaction with the crypto network may be abstracted in terms that are comfortable for users.

A popular criticism of NFT gaming is that it might all be a big bubble, much like it is with its art equivalent. Players can stop playing NFT if it becomes unprofitable and sell their virtual goods.

Some gamers even hire someone to play with their NFTs and split the winnings after realizing the new potential presented by NFT.

The continuous craziness of buying NFTs and any potential over-speculation and herding in NFT investing are the exact causes of this uncertainty.

While not directly relevant to the video game industry, it is important to note that tokenizing digital files requires powerful computational power.

As much energy is used by servers, processors, and cooling systems to extract cryptocurrency as there are one million transatlantic flights. Given that greenhouse gases produced by the combustion of fuels. Are the primary cause of global warming, the impact on the environment is substantial.

On cryptocurrency exchanges and NFT markets, players can freely exchange non-fungible tokens. By eliminating the ability of developers to dominate the market, this exchange can nevertheless benefit from the liquidity that comes with being listed on these platforms.

Of course, given the increased costs on the most widely used public blockchains that support smart contracts, like Ethereum, transactions often do not involve small sums of money.

The essence of ownership, intellectual property, and copyrights have all been persistently muddled by the digitization of media, including music, art, books, and more. This is mostly caused by how quickly and easily digital media can be copied and replicated.

NFT provides a way for owners of digital media and content producers to sell and exchange their assets using the advantages provided by the decentralised blockchain environment in order to address this problem.

Users can create NFT avatars and animals with unique traits in games like Axie Infinity that can be traded and sold to other players. Users engage in virtual real estate markets in the property trading game Upland, where NFTs stand in for plots of land with real-world addresses.

The metaverse focuses on encouraging social ties, networking, and interactions because it is an infinite network of 3D virtual worlds. Additionally, the creation of virtual games is undoubtedly

one of the most notable developments in the gaming industry. Next-generation technologies like augmented reality, virtual reality, mixed reality, blockchain, and other virtual world technologies support access to metaverse gaming in science fiction and futuristic works.

What Opportunities Does the Development of the NFT Gaming Platform Offer in the Metaverse?

The establishment of a platform that is open, decentralised, and immersive is a component of NFT game development. Its primary goal is to broaden consumers’ exposure to purchasing, selling, and trading virtual goods while also improving their entire game experience.

However, since the audience for NFT does not necessarily include users from all aspects of life, whereas gamers do, it makes more sense to include NFT into gaming.

Players can purchase or sell avatars or in-game accessories using NFTs to make money and passive income using P2E models. Many industry professionals firmly believe that the gaming sector will be the key to NFTs acceptability by the general public because it has recently been the most sought-after sector.

Benefits of Developing NFT Games for the Metaverse

A rise in the value of digital assets and goods

Gameplay components can be displayed in fully immersive 3D environments.

Blockchain technology allows for the exhibition of NFT assets and art as well as the customization of digital avatars with various accessories.

How Can Metaverse NFT Game Development Services Improve the Experiences of Classic Gaming?

The idea of “play to win” has always been in the gaming business. While playing a variety of games, gamers can earn coins, but they cannot convert those coins into real money. The metaverse’s NFT-based gaming settings have the potential to draw more users to the app, helping game developers increase their revenue.

NFTs give players the chance to purchase and trade virtual goods. Like automobiles, racetracks, and other gaming-related items in the metaverse. The creators of NFT games can make it uncommon and one-of-a-kind while increasing the overall racing experience.

Gamers can purchase the best cars with NFTs, and they may be able to sell them for substantial NFTs. Additionally, NFTs can be created for accessing any racing circuits and gifted as incentives for reaching certain milestones.

Every gamer in the world is familiar with the battle of pushing themselves to the limit. To earn any milestone and then being utterly let down if it is not exclusive to them. Non-Fungible tokens, on the other hand, have notably improved these experiences.

The creators of Metaverse NFT games can provide players with personalized achievements and trophies. Utilizing NFT in metaverse gaming can also assist you in keeping track of milestones, wins, and other significant occurrences. The gamers would feel more involved and elated because each award would be special and meaningful to them.

Players have to buy the action game outright or part with real money. To obtain any desired digital asset when using the traditional gaming method. This idea has significantly changed with NFTs. Players can make money only by engaging in action-packed games thanks to it.

The majority of NFT action games offer built-in incentives to players as compensation for their time and effort invested in the game. Additionally, using NFTs, individuals can gain exclusive metaverse game items that they can exchange for things in the real world. Every gaming asset will also have a one-of-a-kind authentication in the NFT market.

What do I need to create blockchain-based or NFT games?

Even if it depends on the current NFT frenzy. NFTs are now a great way for gaming firms to make additional noise and acquire recognition. When the statistics keep increasing year after year. It’s tough for gaming firms to ignore this new blockchain-powered method of game development.

NFT gaming has grown significantly more complicated in recent years. Games have their own tokens procedures for creating NFTs algorithmically rather. Than just using predefined units, and receive updates and development work on a level with traditional games.

Any online game could gain from technology because of NFTS. Which enables online features to be used to update and modify already-existing games. If you are also looking for a DAO Development Companyin the USA, then get in touch with Suffescom Solutions.

The process for creating an NFT game is similar to that of creating a conventional video game, with a few exceptions. You have to develop the concept and the functioning model first, just as in an old-school video game. Once you are aware of your preferred gaming style. You should look up related games both inside and outside the blockchain. 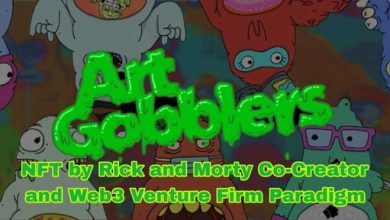 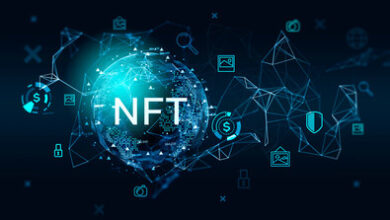 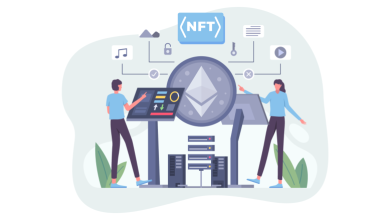 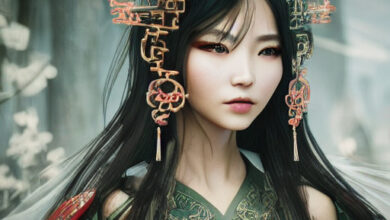