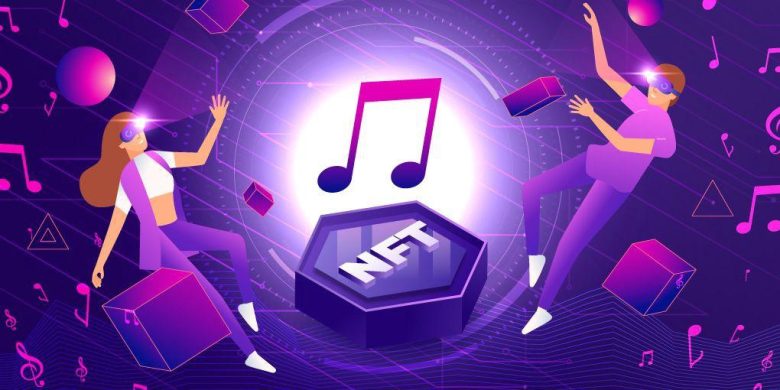 How NFT is Going to Revolutionize the Music and Gaming Industries?

Blockchain technology is increasingly being used in the creative, musical, fashion, and other industries, which significantly impacts culture. Because of this, cryptocurrencies are essential. HYPEBEAST has teamed up with cryptocurrency exchange Coinbase to inform viewers about the sector to produce a new series. This series looks at various issues involving cryptocurrencies, non-fungible tokens (NFTs), and blockchain and shows how different industries adapt.

Over the past few decades, a significant change in the music industry has impacted how we listen to music and interact with our favorite artists. Boomboxes and Walkmans were the primary music-listening devices before the internet was invented, and CDs and cassette tapes were the most widely used formats for sharing music. NFT development can start on several platforms thanks to services for developing NFT music marketplaces. These services give musicians, artists, and other people the tools they need to build their NFT by offering intelligent NFT marketplace solutions.

Numerous video game companies have launched non-fungible token (NFT) projects over the past 12 months. While Square Enix sold its biggest Western developers, including the people behind Tomb Raider and Deus Ex, to raise money to develop new blockchain and NFT projects, Konami auctioned off NFTs for its venerable Castlevania series. The need for NFT gaming platform development company is growing over time as more businesses offer various services to meet their clients’ needs around the world.

A new internet phase called “web3” is currently taking shape. Musicians now have more opportunities to interact with their audience and advertise their most recent works with the dawn of this new era. Non-fungible tokens, or NFTs, have allowed for this modification. They establish ownership, protect intellectual property, and enable users and artists to share music across platforms.

Unique, unreplicable digital assets known as NFTs are kept on a blockchain for storage. Thanks to NFTs’ connection to a blockchain ledger that keeps track of all transactions, it is easy to prove ownership of a digital collectible.

The NFT Revolution is Turning the Music Industry on Its Head

The PFP NFT collection served as the cornerstone of the NFT revolution, allowing customers to use it on their social media accounts to show that they were a part of the NFT Community. Celebrities and other NFT fans used these PFPs to buy popular digital collectibles like Bored Apes, Cool Cats, and CryptoPunks.

NFTs are immutable, one-of-a-kind digital files that are stored on the blockchain. These are non-fungible or “immutable” files. NFTs are uncommon, verifiable, and valuable. They are stored on Ethereum, Binance Smart Chain, and Solana blockchains. But most significant NFT projects, like Decentraland and Axie Infinity, are valued more for their practicality as use cases and intelligent contracts than for their artistic merit. For instance, NFTs can be used in Decentraland to buy virtual land rented out or as a venue for events.

It’s Most Beneficial for Fans and Artists:

NFTs also gives creators control over master and collectible rights and the capacity to control the supply chain. The music gains a sense of scarcity thanks to NFTs, which give artists complete control over how and with whom their work is shared and the rights that go along with it. Even if their NFTs are sold on a secondary market, artists still receive a set royalty for each NFT transaction and keep all ownership rights to their music. As a result, music NFTs are now available for purchase everywhere.

How NFT Expands the Gaming Industry

NFTs have many uses in gaming because they enable the ownership and exchange of digital assets. NFTs can also be applied to in-game land, books, weapons, music, and other items. Their use may also be advantageous for in-game purchases.

Despite the growth of blockchain gaming, gaming is still primarily a centralized activity. All of the information, assets, and characters that are still included in the game are still the property of the original developers and game publishers.

A game becomes decentralized and in the players’ hands when blockchain and NFTs are incorporated. In-game purchases or loot from won battles can carry to another game. This gives digital assets value in the real world.

As blockchain video games become increasingly popular, it is essential to understand what sets them apart from conventional video games. Blockchain-based platforms like Kronoverse, which accept Bitcoin as payment for transactions, provide more. Even though both types of games can be played on mobile devices and desktop computers, the internal workings of blockchain games and traditional games are different.

Since games are permanently saved, it is simple to play them again:

Due to the centralization of traditional video games, you risk losing everything you’ve worked so hard to achieve. However, this isn’t the case due to decentralization in blockchain games. For instance, all game data will be kept on the Kronoverse platform’s blockchain. As a result, games can now be saved permanently.

Gaining Trust Will Be Easier If You Are Up Front and Honest:

Have you ever wondered what happens in the background of the vintage video games you like to play? Blockchain games are transparent, so you can see what goes on behind the scenes. As we’ve already mentioned, blockchain games have open access and permanent storage so that you can review earlier matches. Take the help of Enterprise Blockchain App Development Company for your company.

When a game is this transparent, players and game developers can trust it more readily. Players no longer have to wonder what is going on in the server of a game they have spent hours playing because they can see everything that developers and other players do. Blockchain games can be continuously improved by teamwork.